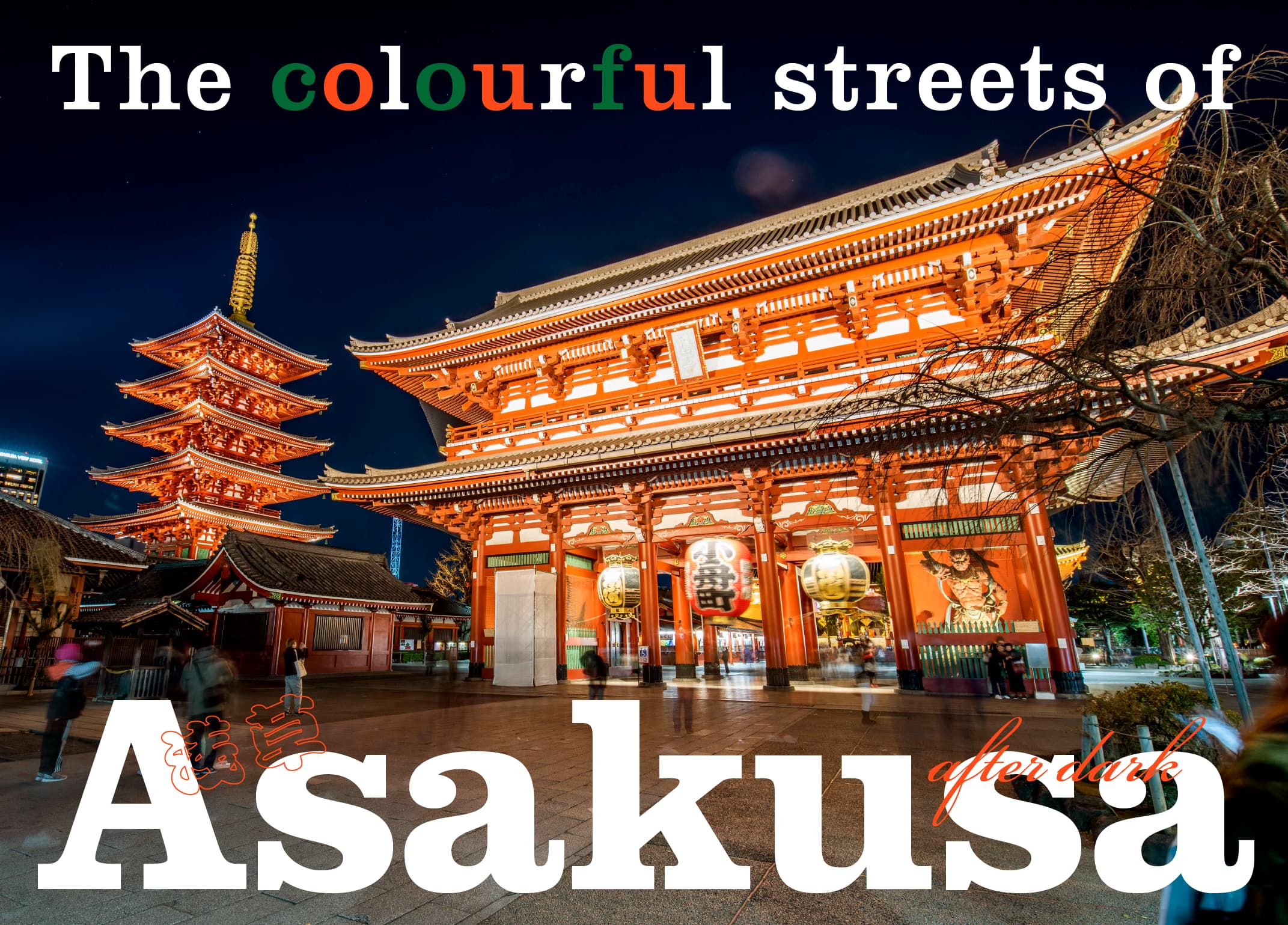 The colourful streets of Asakusa after dark

Asakusa is one of the must-see stops for most first-time visitors to Tokyo. Thanks to the famous Senso-ji temple – probably the most important of its kind in the entire Kanto region – no guide to Tokyo would be complete without a section about this part of town. But if busloads of selfie-wielding tourists and crowds so dense that walking becomes difficult isn’t your thing, we suggest that you head here once the sun has set.