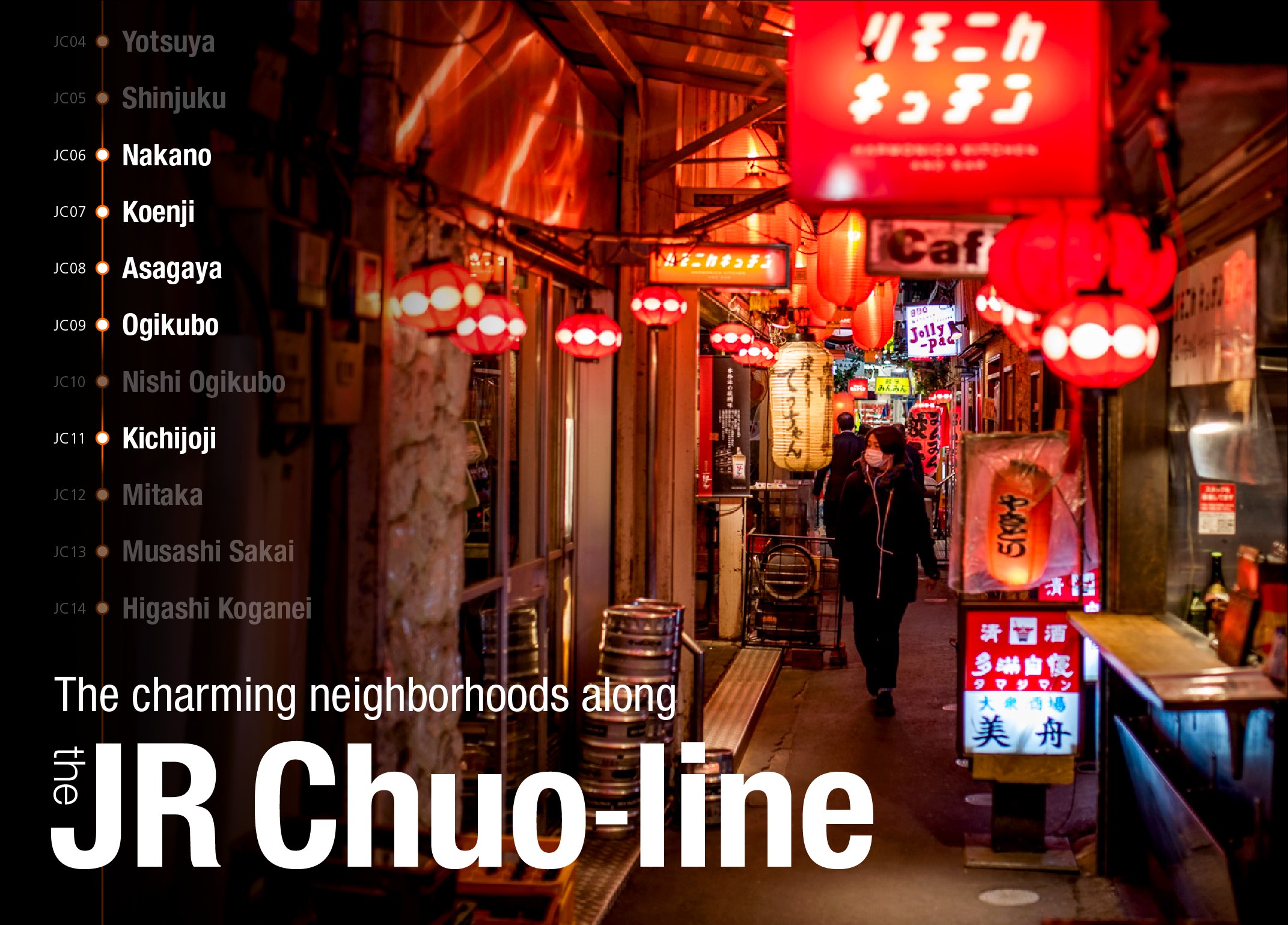 The charming neighborhoods along the JR Chuo-line

The JR Chuo-line connects some of the best nightlife districts in town with the city center. If you want to experience a local slice of the Tokyo nightlife, we recommend that you top-up your travel card and head to the western parts of town.