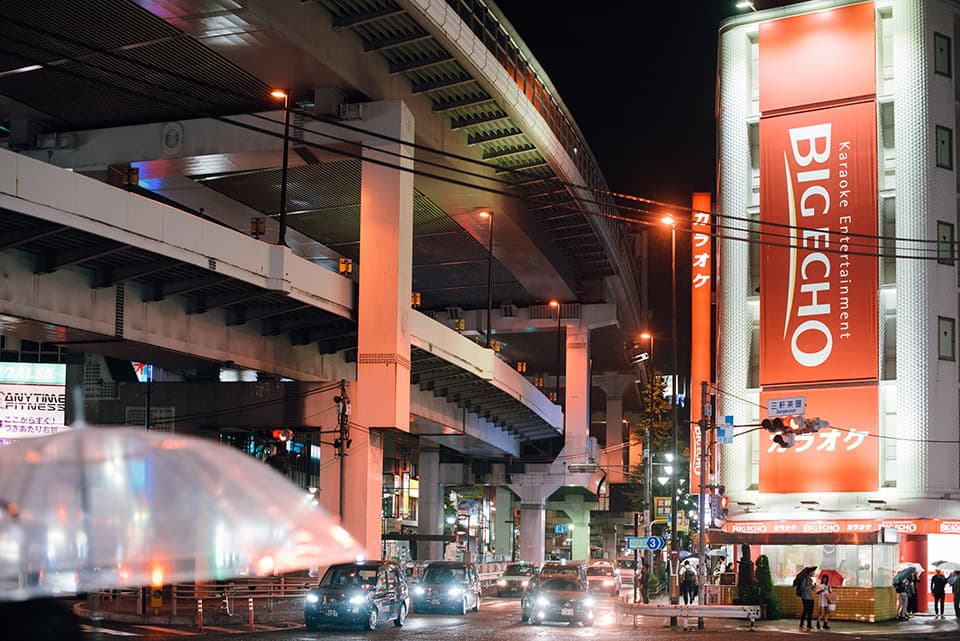 One moment you feel at the heart of the hive: a place bustling with life, made of neon strapped buildings and teared apart by Blade Runner-esque stacked motorways. The next, you could be lost in streets barely large enough to walk in, or taking a dip in a calm “Sento” straight out of another age. But there’s a catch.