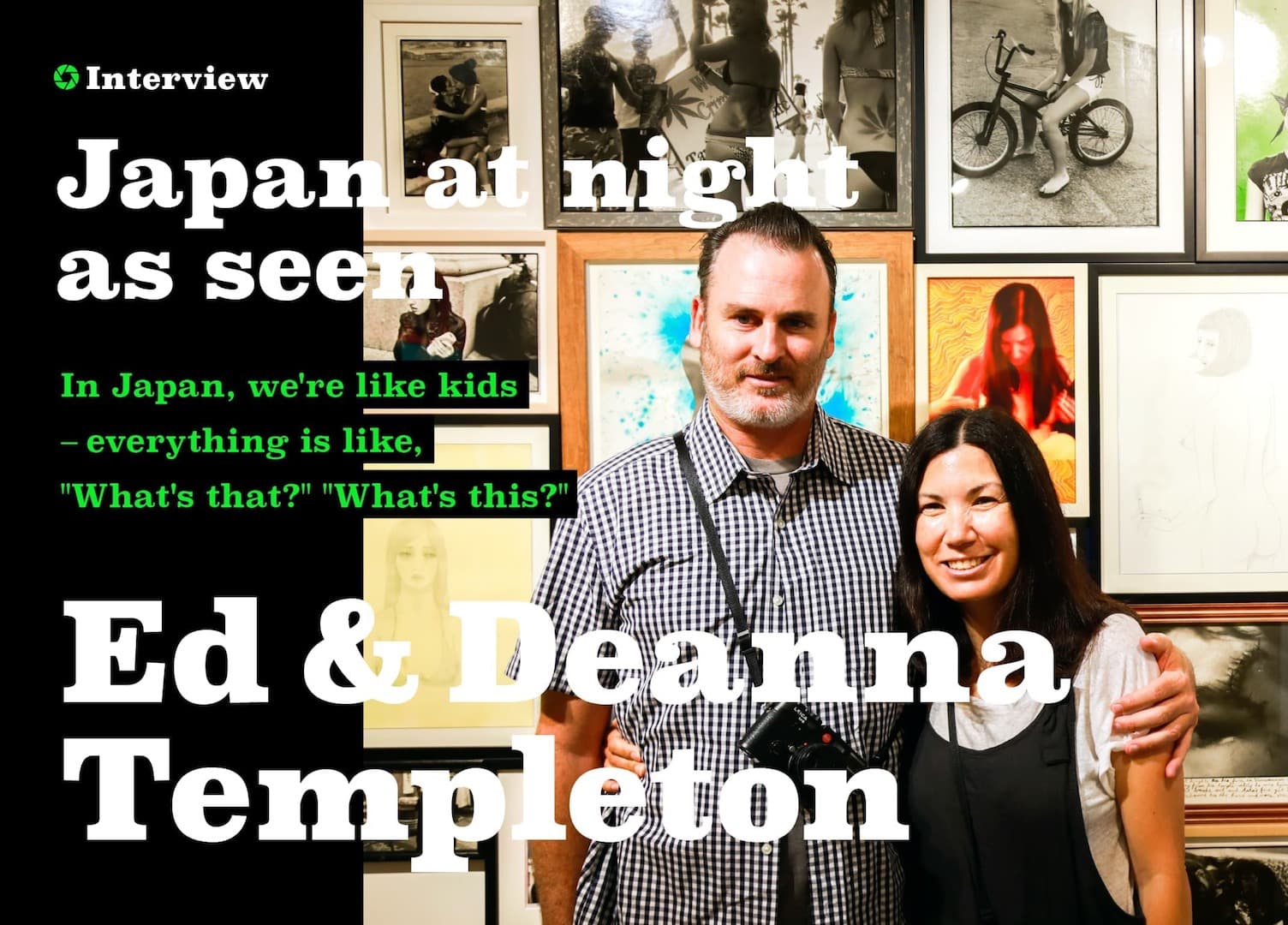 Japan at night as seen by Ed & Deanna Templeton: Feeling the Culture by Taking Photos

Beautiful Losers is a documentary film that premiered in 2008 at the IFC Center in New York City, United States. In celebration of the film that became the bible for street culture/art videos, a group exhibition called Now & Then: A Decade of Beautiful Losers was held at the RVCA Shibuya Gallery and The Corner located in Shibuya, Tokyo, presented by the US west coast-based brand RVCA. Huntington Beach, California-based skateboard legends and photographers Ed and Deanna Templeton have joined the exhibition with their works. The pair are big fans of Japan and have visited the country every year for the past few years. This time, they are visiting for the release of a photo book titled City Confession #1 Tokyo (SUPER LABO), which captures the present affairs of Tokyo as seen by Ed Templeton. We asked the two visionaries about Tokyo.