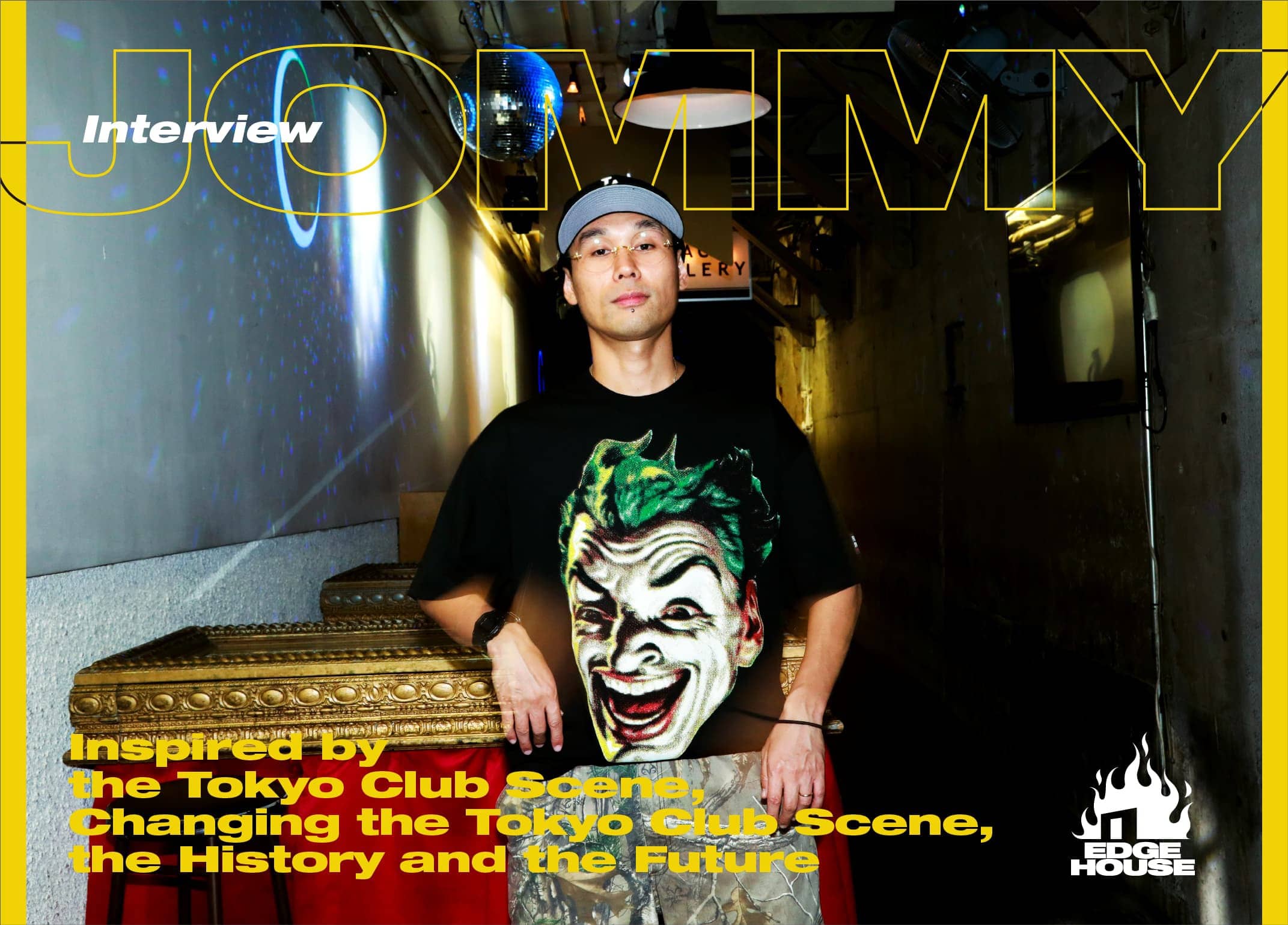 The inspiration he received from a random party in Tokyo back in the early 90s is what led JOMMY to where he stands today, he recounts. JOMMY has constantly put forward innovative ideas, -through dancing, through fashion, and through approaching the Tokyo club scene as a popular player today. Since the beginning of this year, JOMMY has organized a new tech-house oriented party called the EDGE HOUSE every Saturday and has also performed as one of the resident DJs. We asked JOMMY, at the forefront of the club scene, about his history of partying and what he is working on in the nightlife scene today.