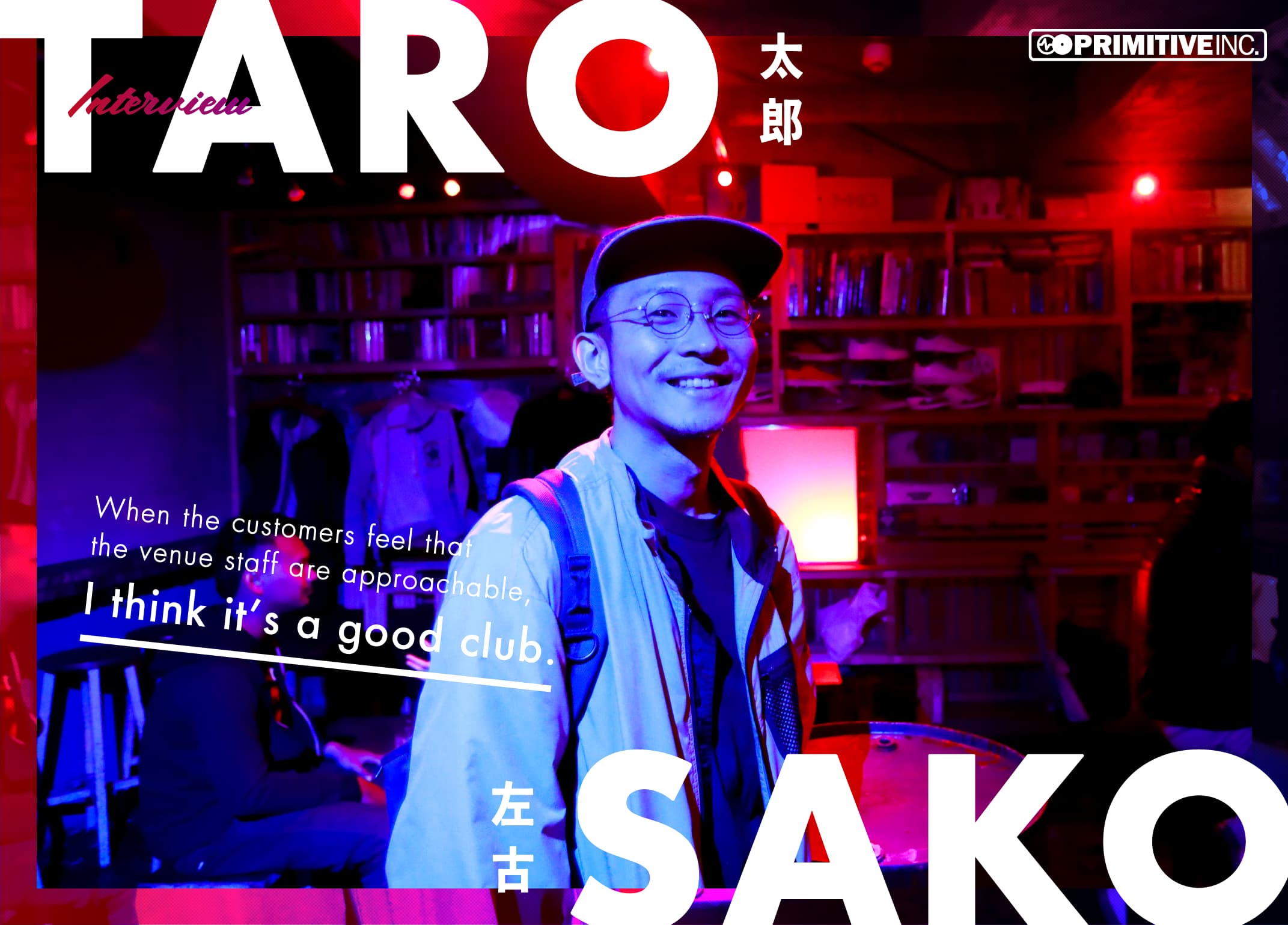 “When the customers feel that the venue staff are approachable, I think it’s a good club.” Taro Sako (PRIMITIVE INC.)

PRIMITIVE INC. is a production that has invited several international DJs to Japan and organized numerous fantastic parties, such as Masters at Work in Shinkiba ageHa on 11/17 (Sunday). Taro Sako is one of the younger key figures energetically working for PRIMITIVE INC. Taro is a DJ based in the current club scene. As such, he will be introducing us to some of his favorite small venues in Tokyo. They are not too underground; they have a distinct Tokyo-local vibe, and they attract many music lovers that are looking to hang out. A key factor is that “the customers feel that the venue staff are approachable.” So, first-time visitors to Tokyo can count on the members of the staff, who are skilled in the art of clubbing, to help you enjoy your night out in Tokyo like a pro.