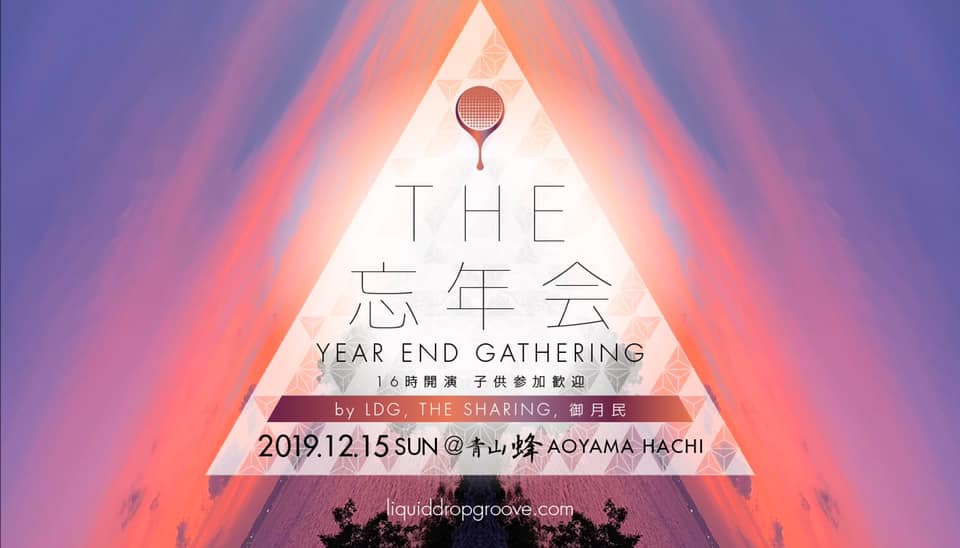 LDG presents Year-End Party collaborated with “The Sharing” has an unique concept where adult audience in the underground scene have been gathering, and “御月民(Otsukimi)” to Techno scene that is the creative party collectives of young generation.