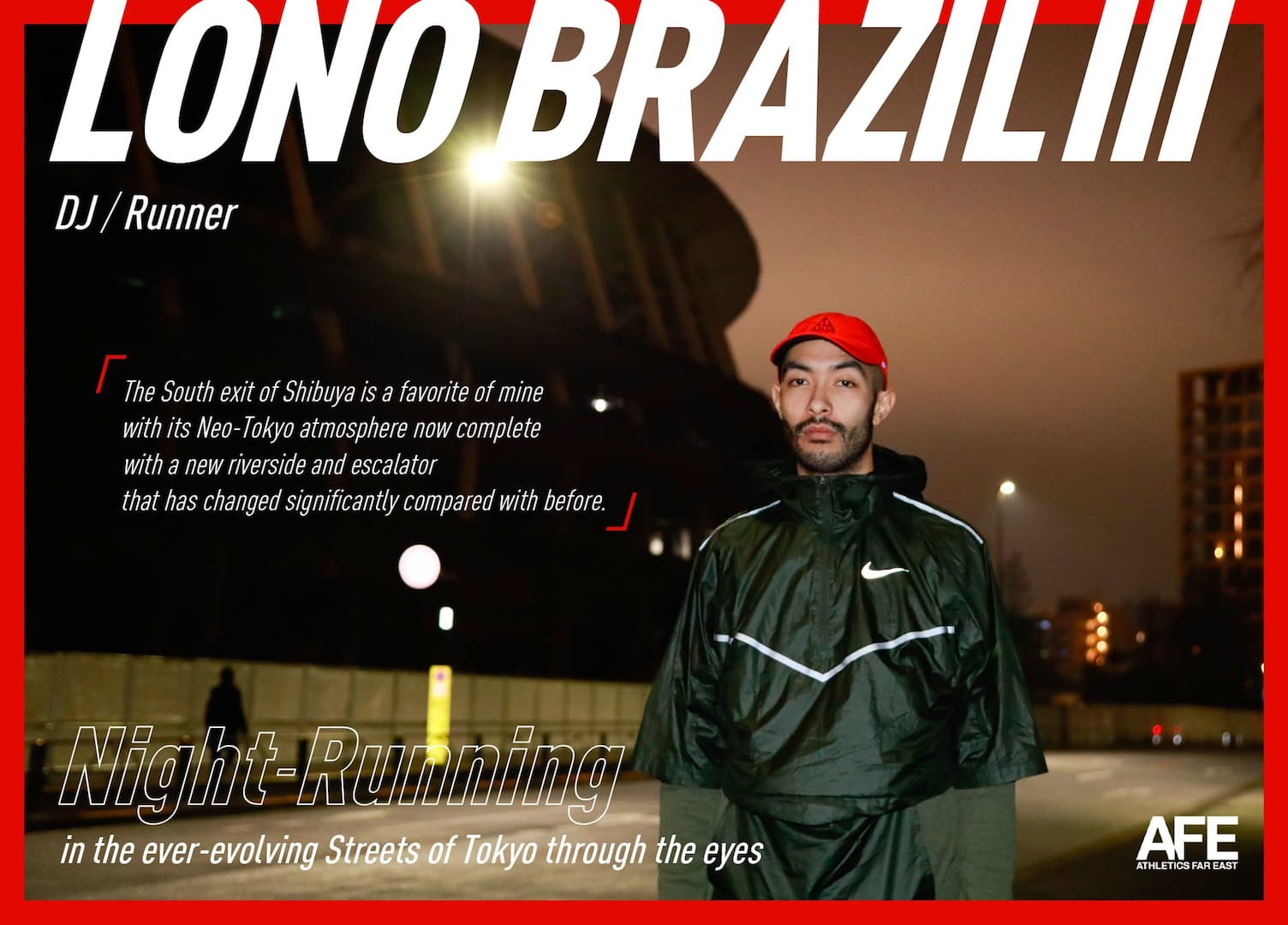 For those who are passionate about running, there is great joy to feel as part of the city itself while running in a foreign country.

LONO BRAZIL III was born in New York, raised in Tokyo, Chicago, and LA, and is a runner who has fully embraced the running lifestyle as part of his daily life. When in New York, he was a member of “RASACLUB” where people run at night while bar-hopping at the same time. Now in Tokyo, he is the store manager of UNION TOKYO, a popular apparel select shop, while also being an expert runner of NIKE Japan.

Today NOCTIVE will be talking with LONO BRAZIL III to learn about running as a Street Culture of Japan.